Triathlon is a so-called multisport or a ‘multiple-stage competition’. The original triathlon consists of the combined endurance sports swimming, cycling and running. In addition to the entire triathlon, several shorter versions have been created as well as longer distances, called ultra-triathlons. Other sports disciplines can also be combined. Whether you are organizing a triathlon, duathlon, cross triathlon, aquathlon or winter triathlon: a real custom made triathlon event medal is always appreciated by your participants! 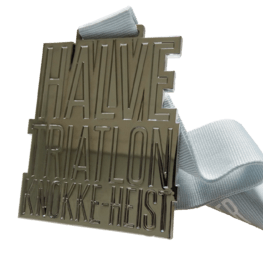 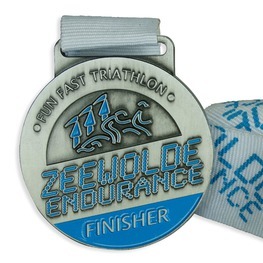 Sign up now and receive an inspiring newsletter once a month with the latest medal trends for your event.